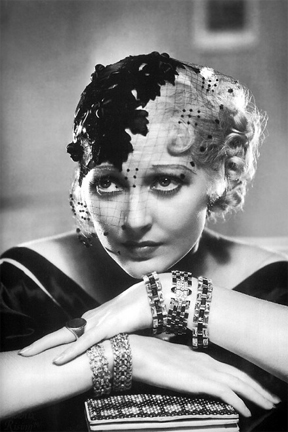 It was a chilly December night in the Pacific Palisades when an intoxicated “Hot Toddy,” screen actress Thelma Todd, stumbled to her door after dismissing her driver, only to find herself locked out of her own home.  Apparently her lover had had it with her drinking, and thought a night out in the cold might really sober her up.  She had been out all night at a star-studded Hollywood party, thrown in her honor at the famous Trocadero nightclub.  But as the party progressed, Todd quit drinking for fun and started drinking to forget after a spiteful fight with her ex-husband, Pasquale “Pat” De Ciccio.  De Ciccio, with a new ingénue on his arm, left the party after placing a phone call, but Todd stayed on till the wee hours of Sunday morning.  And that fated night of 1935 proved to be her last.  Or was it?

Thelma Todd had come to Hollywood after winning a beauty contest in 1925, leaving behind a teaching career and a Miss Massachusetts title to become an actress.  Known as “The Ice Cream Blonde,” Thelma got her big break doing slapstick comedies for Hal Roach.  Todd proved that she could clown around with the best of them, making movies with the likes of Buster Keaton, Laurel and Hardy, and The Marx Brothers.  She made a total of 120 pictures in just less than 10 years, and was at the height of her fame when she met her untimely demise.  Todd didn’t show up on the set of her latest Laurel and Hardy vehicle, The Bohemian Girl, Monday morning; after her house and haunts had been searched her body was found slumped over in the front seat of her Lincoln, the ignition still on, but the motor dead, and the garage door closed. The official decree was simply “death due to carbon monoxide poisoning,” but the stumped jury was unable to sort out a more specific verdict.  Much like Marilyn Monroe’s greatly-debated death, it could have been suicide, murder, manslaughter, or just plain carelessness.  There was no shortage of theories, some more fantastic than others, and the evidence was all contradictory. 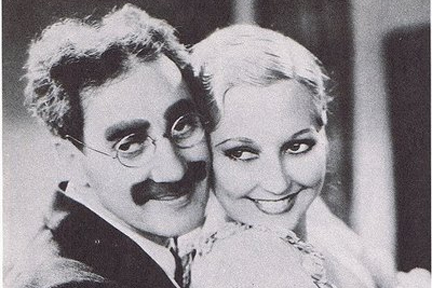 Although the police proclaimed the death time was early Sunday morning, at least one witness claimed to have seen Thelma driving through town on Sunday afternoon, and another claimed to receive a phone call from Thelma that day.  Was it a phone call from beyond the grave?  A look alike hired to throw the cops off a murder trail?  Did her business partner/lover, Roland West (acclaimed filmmaker and married man) end their ambiguous relationship in violence, angered by Thelma’s incessant boozing?  Did her gangster ex-husband, De Ciccio, terminate their tumultuous relationship with something more final than divorce?  Or was it, perhaps, a mob hit that had no more to do with De Ciccio than a phone call?  Rumors about Lucky Luciano abounded, with many theorists claiming that he had decided to teach Todd a lesson after she refused to let him run a gambling racket in Joya’s, the speakeasy she had opened on the second floor of her home.

Some sources claim that there was an abundance of blood at the scene of the ‘crime,’ signs of a struggle on the scene, and signs of abuse on Todd’s body.  Yet, other sources claim that none of these were present.  What is certain is that Todd’s body was cremated after her highly-attended funeral, preventing another autopsy from ever happening.  Although Todd’s attorney petitioned for a second inquest, with thought to lay the blame on Lucky Luciano, the District Attorney decided to close the case, leaving it one of Hollywood’s most mysterious unsolved fatalities. 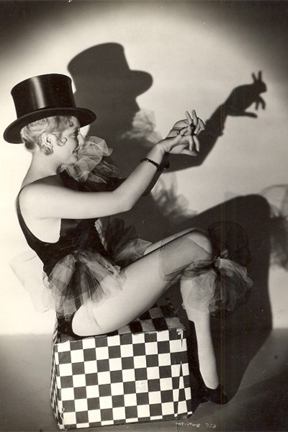 Many of the details don’t add up, and the evidence points in all different directions.   From what I’ve read in books and articles, the case for suicide seems the least likely.  Accidental death, while wholly believable, is still awfully suspicious, depending on which set of ‘facts’ you’re considering.  It seems probable that, if Roland West was to blame, it was the result of negligence and rash actions after a lover’s spat, rather than premeditated murder.   It doesn’t take a very far stretch of the imagination to believe that Luciano had Todd rubbed out when she refused to cooperate (and again, depending on the source, there are accusations of an affair between the two, and also of him using amphetamines to control Todd).  But I can’t seem shake the feeling that De Ciccio was really bad news; and, after all, he was the most intimately involved with Todd.  Right hand man to Luciano, De Ciccio was purportedly a bootlegger and a pimp.  Todd ended their marriage due to cruelty and incompatibility after two years of drunken brawls, and De Ciccio went on to swindle 17-year-old Gloria Vanderbilt into marrying him, only to divorce him on grounds of extreme cruelty.  Just two years after Todd’s death, De Ciccio was implicated in the brutal beating, and death, of Ted Healy, original leader of The Three Stooges.  But then again, maybe it was just a tragic accident…

Sadly, this cold case will most likely always remain a mystery, but the charismatic work of Thelma Todd will live on.  And so will the stories of Todd’s ghostly visitations.  The spirited comedienne’s spirit has been seen by many gliding down the steps outside her home and café/speakeasy-turned-religious-film-production-company.  Others have been alarmed at the smell of exhaust fumes and the sound of a car running with the garage door closed, but upon closer inspection, they always find the ill-fated garage to be empty.