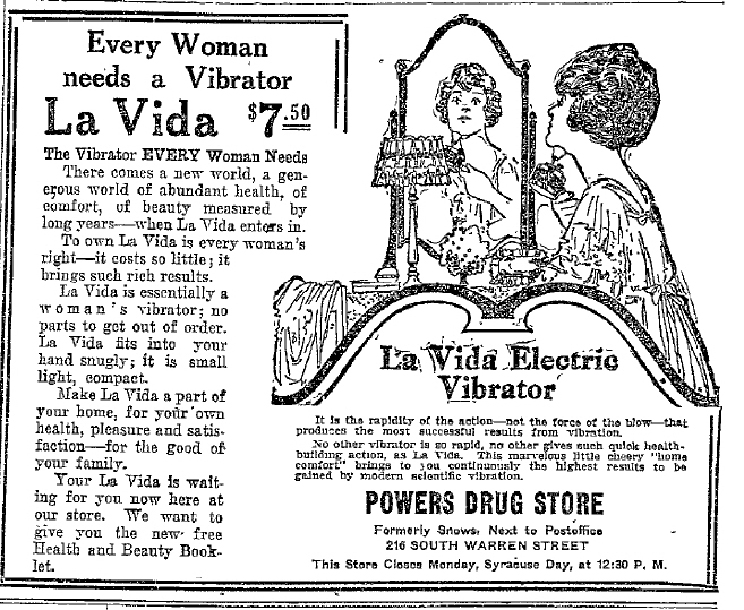 Depictions of sexual devices have been found in the art of cultures worldwide from as far back as 30,000 years ago.  Ancient Greeks, Romans, and Egyptians all had their own inventions and don’t appear to have been shy about using them.  What the Greeks called olisbos, the Renaissance Italians termed diletto, meaning delight, and that is what we now know as the dildo.  Of course, they’ve come along way – they are no longer made of dried camel dung coated in hardened resin (as in the ancient Middle East) or bronze (as in ancient China) and olive oil is no longer the lube of choice.

Then came the Victorians, a group riddled with dichotomy.  Repression was the word of the day, especially when it came to sexuality and even more so when it came to women.  However, it was during this time period that rubber made its debut, not only for tires, but also dildos, and butt plugs were no longer just carved ginger root or frightening medical devices made of glass.  These newfangled wooden eggs were designed and prescribed by doctors to prevent the loss of sperm by forcing it back towards the female reproductive organs.  At least that was the theory.  In those days, many practices or contraptions that we now consider sexual cloaked themselves as medicinal.  Talk about your sexual healing!  The steam age also made health spas popular with both men and women, who visited these establishments for therapeutic water jet massage made possible by steam power. 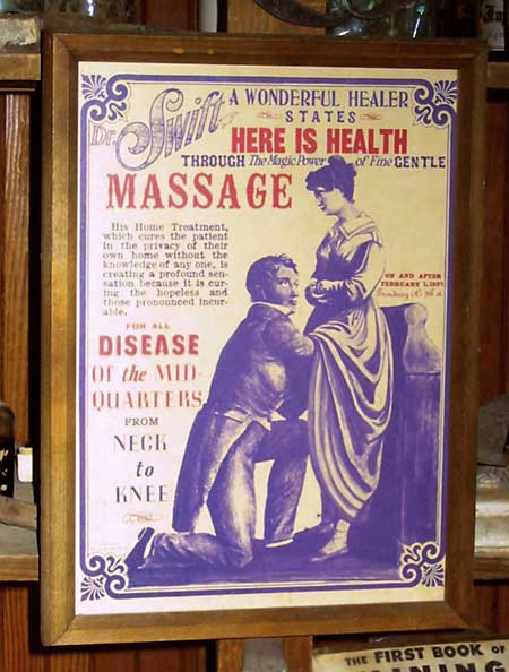 And then there was the hysteria craze.  Both psychological and physical in nature, this affliction had many symptoms, including convulsions, choking sensations, heart palpitations, fainting, and sudden, violent mood swings.  In this era, women were thought to not only be quite simple, but governed almost entirely by their uterus, and the term hysteria is derived from hustera, the Greek for womb.  Neurologist Horatio Bryan Donkin, a man ahead of his time, wrote the description of hysteria for the 1892 Dictionary of Psychological Medicine, in which he pointed out that the suppression of activity in girls and the enforcement of sexual inhibition was a contributor to the disorder.  Indeed, it became a quite popular ailment, along with anorexia, especially for aristocratic and intelligent young girls, perhaps because they lacked many avenues of control over their lives and were expected to be completely devoid of libido.  Young hysterics even became celebrities of a sort, ‘performing’ their attacks, under hypnosis, in front of audiences and for medical study.  They were photographed extensively and would often copy the poses of tragic heroines and figures in Romantic art, as well as influencing the aesthetic their time. 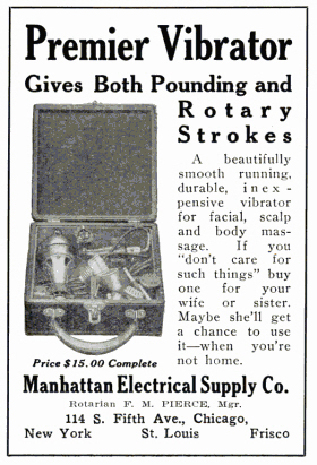 Sex toys began to flourish again in the sixties, fitting in nicely with the atmosphere of free love.  Then, in 1983, Patty Brisben opened Pure Romance, based on the in-home sales party plan, so that women would have a way to comfortably talk about and research sex toys and other erotic goods.  The company now does sixty million in sales, annually.  As Brisben asserts, “When another woman explains something in a group of women, it becomes ok; they can ask questions without feeling inadequate.  Parties are a great place for women to empower themselves to take control in the bedroom.”  In the nineties, advances in internet commerce made it even easier to shop for bedroom gadgets anonymously.  These instruments became more varied, finally taking into account the specifics of the female anatomy and capitalizing on it.  Now all sorts of colors, sizes, rabbits, dolphins, pearls, and even ‘the Cadillac of vibrators,’ the Hitachi Magic Wand are up for sale at a Condoms to Go near you.

The booming sex toy industry has suffered no losses due to the state of the economy, either.  Sales are up, from Amazon to independent shop owners.  As more couples stay at home to save money, they seem to be spending their time, and a little money, getting more adventurous in the bedroom.   The 2010 Venus adult toys exhibition in Berlin broke records, with 273 vendors offering millions of products to nearly 30,000 attendees.  And, yep, there’s an app for that.  The iPhone now offers an Apple approved application, MyVibe, with adjustable vibration speeds.