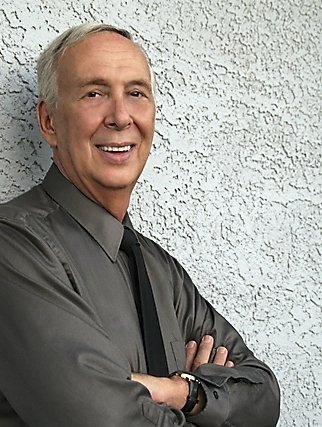 He’s danced on Paris stages wearing nothing but boa constrictors given to him by Zorita. He’s choreographed shows around fan-dance icon Sally Rand, learned comedy from Redd Foxx and Lenny Bruce, and created award winning costumes for Siegfried and Roy, the Ringling Brothers Circus and the Ice Capades.

He’s Bic Carrol, and BurlyCon is proud to present him as our 2014 Living Legend Guest of Honor.

Bic is an internationally renowned revue producer, choreographer, and costumer. He’s considered one of the first male strippers and a godfather of boylesque. Bic is presenting several standout classes at this year’s BurlyCon: “Burlesque and the Mob” (yes, the MOB), “Easy Tips for Burlesque Costuming” (he’s a TWO-TIME Vegas Costumer of the Year) and “My Life in Show Business” (Snakes! Sequins! Strippers! Oh, my!).

As BurlyCon sits down for a phone interview with Bic, he’s in his Vegas home, getting ready for a dinner party fellow legend Tiffany Carter is hosting for Austin-based troupe The Jigglewatts. He’s just stepped out of the shower, and in true burlesque fashion, he starts our interview wearing nothing but a towel.

You’re this year’s BurlyCon Living Legend Guest of Honor! How does it feel to be considered one of the first male strippers, a living legend AND a godfather of boylesque?

First of all, Tigger is going by the “Godfather of Boylesque”, so I guess I’m the GRANDFATHER of burlesque. I never considered myself a stripper, I considered myself an exotic performer – because I never wore enough to start with!

It’s all very interesting because I hid all that for so many years when I wanted to have a legitimate career. I didn’t even think about it until a couple of years ago when it became acceptable. Now it doesn’t bother me, but 20 years ago you wouldn’t dare mention anything like this, that this is what you had done and this was where you had started. I think it’s hysterically funny. If you would’ve told me I basically started boylesque back in 1954, I would’ve told you you were crazy! 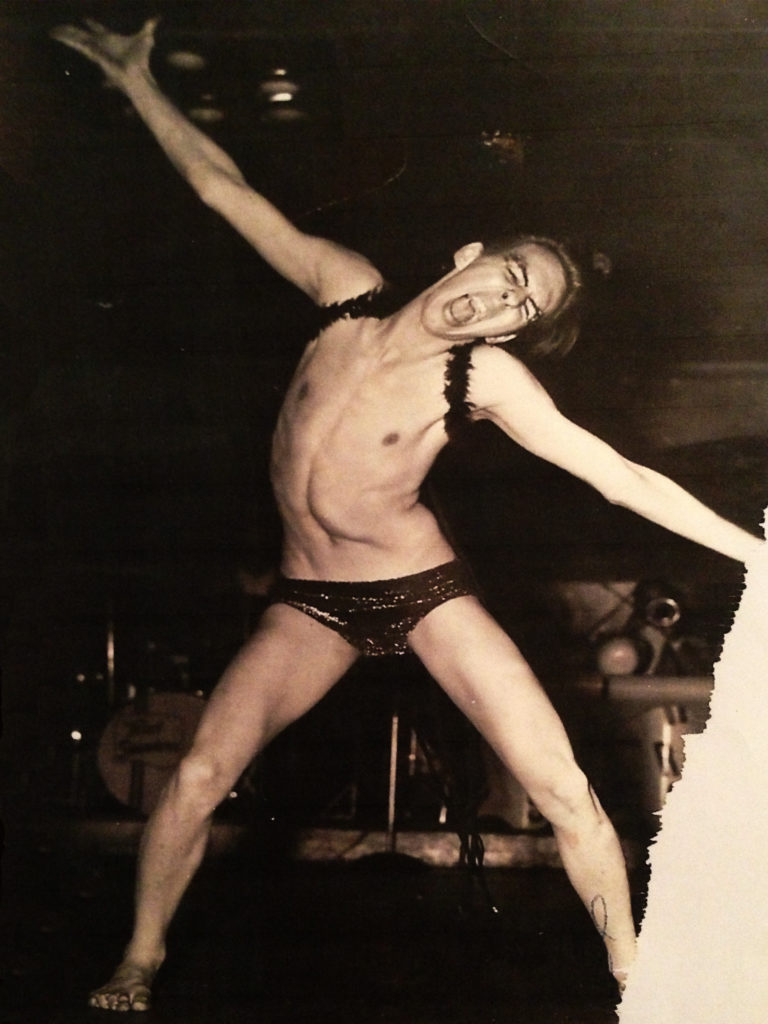 You went from being a farm boy to teaching strippers to dancing in a nude revue in Paris all by the time you were 21. At a time when other male dancers refused to perform in g-string, what made you willing to dance naked on stage?

Well, I became a father at the age of 20, and the girl did not want the baby. Being a good Catholic Italian boy, I decided to keep it. All the strippers were like second mothers. They helped me so much – I could not have gone through it without the girls helping me.

In those days it was almost impossible to be a single father because the child welfare people were always on your back. Either I kept moving every three or four weeks to keep away from them, or I left the country. So I left the country.

I had two snakes, a 6-month old under my arm, and off to Paris I go.  There was no choice. I couldn’t raise my child in the United States because they’d try to take him away from me. When I went to Paris the only place I could get a job was Chez Noir, and you were completely nude there. It was all for the money. It never bothered me because the whole show was nude. My snakes were my cover.

Sally Rand, Redd Foxx, Tura Satana, Lenny Bruce, Zorita – you’ve worked with them all! Who are some of your favorite entertainers you’ve worked alongside?

Sally I first worked with in Calumet City, Ill. when I was 17. She was a wonderful crazy lady and she had fun being a grandma to my little boy. Tura Satana I have also known since I was 17, and we were always great friends through the years. Redd Foxx was a delight, Lenny Bruce and Honey Harlow were good friends of mine in Chicago, Zorita was a crazy woman, but I loved her – these people took me under their wing.

My very favorite was Bubbles Darlene. She was THEE superstar in Cuba. She told jokes while she stripped and everyone loved her very, very much. Carrie Finnel was another dear favorite of mine in New Orleans, another “mom” who babysat my little boy.

But they were all my favorites. There were very few I could say I didn’t like, because we were all in it together. It was what we did for money – we didn’t do it for fun.

“Burlesque and the Mob” is already one of the most talked about classes at this year’s BurlyCon. Was the mafia’s influence on burlesque in the 1950s and 60s as dangerous as it sounds?

Yes, yes it was. There was no such thing as not working for the mob. I don’t care what anybody tells you. It was strictly mob-controlled. You did as you were told. You got paid well. As long as you made them money, then you made money.

One of the things I’m going to teach you in the class is how to B-drink. Because if you didn’t B-drink, you didn’t work.

You don’t know what B-drinking is?! (Bic laughs) Well, the average salary for a house girl in the 50s and early 60s was only $15 a night. But you got a $1 from every drink that was bought for you, and you got $10 for every split of champagne that was bought for you. But you didn’t really drink it – you faked drinking it, otherwise you would’ve been stoned! That’s how we made our money. 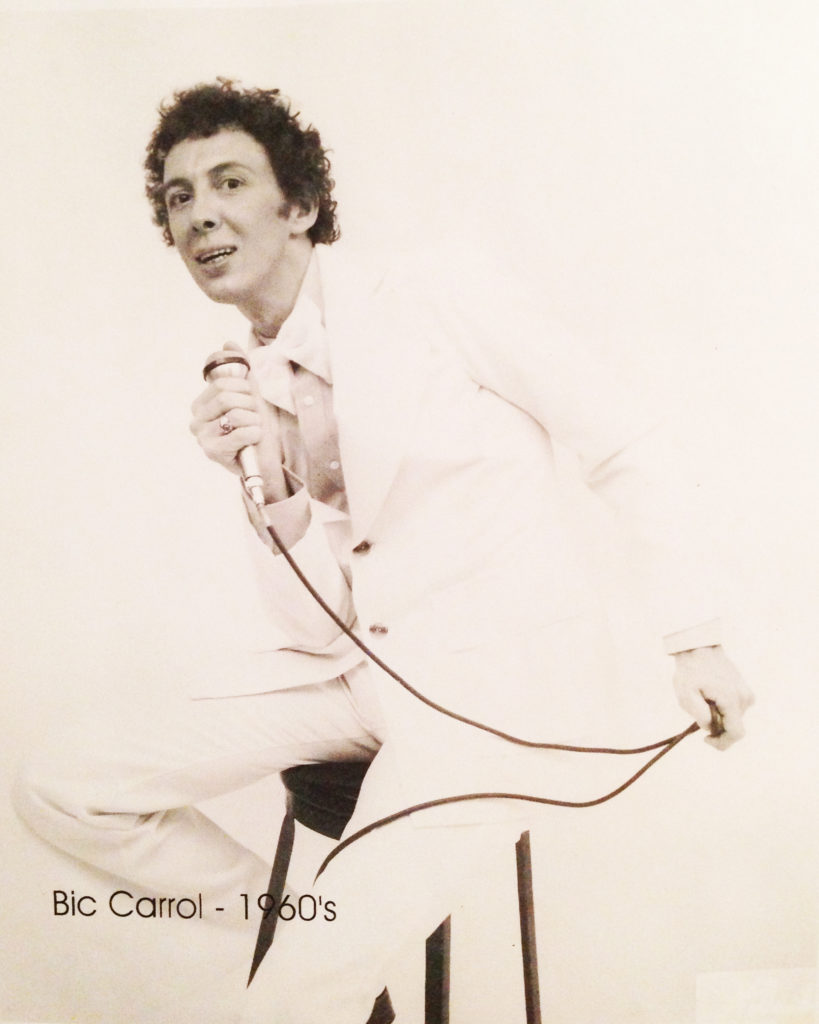 After years of producing and performing, you started a very successful career in costuming, designing for Siegfried and Roy, the Ringling Brothers Circus and the Ice Capades. How did you transition from exotic dancing into professional costuming?

Producing at the Follies Theater in Chicago, we did a brand new show every week. That meant 16 new costumes: eight for each production, and everyone had a double. My budget for 16 costumes was $25 a week. That had to include the music, too. If a light bulb went out, it came out of my budget.

Because I had to make so many costumes, in my off time I would learn from Tony Midnite, a famous burlesque costumer. Then later when I was in New York I would take my son with me in his crib and work for free in the daytime in the Latin Quarter costume shop. I even apprenticed with the last feather dyer that worked for MGM studios in Hollywood.

I’ve always loved making girls beautiful on stage. Because I learned a long time ago it doesn’t matter what you do, as long as you look fabulous!

You’ve created hundreds of dazzling costumes throughout your career. Do you have any favorites?

Nope.  I hate ‘em all. One day Tony Midnite and I tried to figure out how many g-strings we had made in our lifetime. We just said, “Oh my God, how many thousands!”

But a favorite to make? I just love doing circus animal costumes. They’re big, they’re gaudy, and they read from a mile. Especially the circus blankets for the elephants, because I get to sequin them and they’re gigantic. And the elephants don’t complain when you do a fitting. They just let you climb all over them. They don’t give a shit.

I’ll tell you a cute story. A circus asked me to make a top hat for a Dumbo production. They wanted a big top hat to fit on an elephant. So I made it. It was five feet tall. Well, the elephant, Carol, whom I really loved, before she would go on stage there was a big mirror on the wall. No matter when the music played, she would have to stop and look herself in the mirror. If they had not put that top hat on her right, she would NOT go into the ring. We used to laugh at that.

We’re going glitter-crazy waiting for your “Easy Tips for Burlesque Costuming” class. What do you have in store for us sparkle mongers?

Think of Carol Burnett ripping down the curtain and making a gown – that’s what I want to show you how to do. I want to teach how to use things that you can afford. Things that you have lying around the house, that you never dreamed you could make a costume out of. Things that won’t cost you a ton of money, but on stage will look brilliant. Because most of the time, girls now have to do new acts all the time. They don’t have the money to invest $1,000 or $2,000 in a costume. 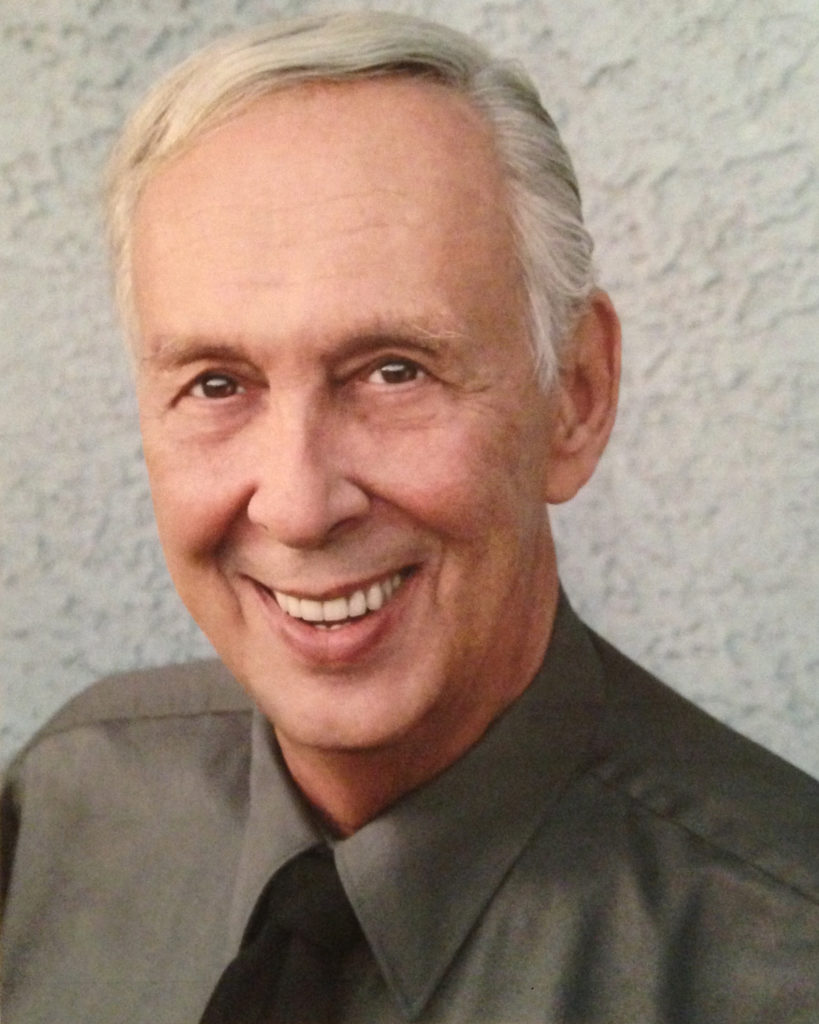 Is there an easy costuming trick you’re willing to share with us now?

I learned a long time ago – this is a strange trick, and it goes for makeup too – to take Aqua Net and you spray your mirror.  When you look in the mirror, and your costume looks perfect and your makeup looks perfect through the Aqua Net, then you know it’s going to read. Because what you see in the mirror does not read from 20 feet away. The Aqua Net diffuses that. So put it on your mirror, and look at your makeup. You’ll say, “Okay that doesn’t read, I need to use more.” You’ll know what’s going to happen under the lights. Just an old vaudeville trick.

What’s sad is there are no places outside of BurlyCon where you can learn these kinds of things. There is no more burlesque circuit. There are no more legitimate clubs. But I want you all to be fabulous.

Which is why were are so thrilled to have you at BurlyCon this year. What are you looking forward to most?

The moment when I teach (and I’ve taught since 1954) and I see a smiling face and a sparkle in the eye, and I reach one person’s creativity – when I know that they’re going to take whatever I told them and they’re going to go out and experiment. One of the things wrong with the girls today is that they don’t experiment! They’re too busy copying what they think is right. There is no right. Not even in costuming. It’s whatever works. I want them to go away from BurlyCon thinking, “Maybe I didn’t learn anything, but I learned how to learn something. I learned how to experiment.” That’s the most important thing.

With my revues, I never hired the best dancers. I hired the ones who sparkled. Because I could make you look good. You could look wonderful, but if you didn’t have sparkle, if you didn’t enjoy it, it wasn’t going to do any good. I think you have to really love what you’re doing. I’m hoping these kids come to BurlyCon and want to learn and want to do something with it. You have to ask, what will I do after BurlyCon? What is the next step?

I want, before I die, to pass this knowledge on. I don’t want it to be lost.  I want somebody 20 years from now to be saying, “You know what happened? I can tell you what really happened.” That’s the whole purpose of my even going to BurlyCon.