We couldn’t think of anyone’s advice we’d rather take than Miss Jo “Boobs” Weldon, Founder of the New York School of Burlesque and author of The Burlesque Handbook, which is why we’re thrilled to have her as our Burlesque Etiquette contributor!  Have a question you’d like Jo to answer?  Please title your email “Etiquette- _your issue___” and send to editor [at] PinCurlMag [dot] com and we will send them right over to her!

When I was a headlining stripper, clubs hired me for various reasons: to bring atmosphere to the club, the draw clientele curious to see the centerfold, and on occasion, I was to discover, simply as a vehicle to launder money through the feature dancers’ pay.

It varies—almost everything I say here will be contradicted by another producer or headlining performer. But these are the things that most producers say they take into account when hiring a headliner.

Approach: Contact the performer as far in advance as you can. Give them as many details as you can up front—date, number of times you’d like them to perform, whether you want them to do personal appearances or classes, and the events you anticipate having during the weekend. Let them know if you’ve done the festival or show before, and let them know who you’ve worked with so they can get references if they feel the need. Don’t be insulted if they feel the need—traveling to perform is tough and the performers try to avoid surprises to any extent they can!

Etiquette of Booking a Headliner:

Offer: Be prepared to make an offer if the performer does not have a standard fee. They will let you know if they can be flexible. If they ask you to talk to a manager or agent, don’t take it as a diva move—they are just trying to be professional. If you negotiate, it probably won’t work to play hardball; there is rarely enough money involved for them to be attracted to a situation where they’ve been made to wonder if they’ll be comfortable. Be as honest and direct as possible and they’ll negotiate if they can.

Contract: Use a contract. There is no surer way to know that both of you have the same understanding of terms and conditions. If you have to wait for them to sign it, each time you make an inquiry be sure to attach it to the email again. Everybody, not just headliners, gets so much email today that even the most organized can miss things in the shuffle.

Keep in touch: If you email and they don’t respond within 48 hours, send the exact same email again as if you hadn’t sent it. If it’s urgent, let them know.

Prepare: Be prepared to pay for their travel, including expenses such as luggage and cabs to and from airports in both cities. Provide comfortable lodging and a meal or two if you can. It may be appropriate for them to stay with you, or they may require a hotel—this is very individual. Keep in touch with them during the planning process to make sure everything is as expected for both of you.

Care take: Do your best to make sure they have what they need to prepare to perform at their best: lodging convenient to the venue and rides; water backstage, and snacks if it’s a long show (vegetarian and gluten free are likely to be concerns); ample time to get from one event to another; and, if you want them to be at a certain part of the event, be sure they know about it. Don’t just expect it; you’ll have to communicate. Make sure the schedule permits them to get enough sleep and time to run through their numbers.

Follow up: Feel free to check after the show and ask them how their experience was. They may not do the same; it’s much more common for a producer or venue to ask for feedback than a performer. 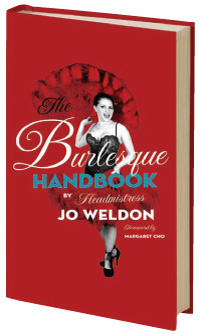 Respond promptly. Answer emails and phone calls immediately if possible, even if just to say, “I’ll get back to you on that.” Keep your word. Remember what you said you would do, and do it.

Look stylish when you show up. You’re the headliner—do what you can to add pizzazz every step of the way. One of my favorite moments during traveling was when the Pontani Sisters showed up to breakfast all three in scarlet velour track suits with rhinestones spelling out their names on the back, and matching cell phones. You don’t have to go to extremes, but don’t be sloppy.

Take the job seriously; put your run-through ahead of sightseeing. Ideally there will be time to sightsee, but if there isn’t, you are, after all, not on vacation.

Do not take other gigs on the producer’s dime without checking in. The producer who flies you in and puts you up has every right to request that you not perform in other shows. If you get an offer, let your host know; they may be interested in the opportunity to share expenses with the other producer. But whatever their response, respect it. You wouldn’t be in the neighborhood of that other producer if you hadn’t been flown in.

Be gracious. Traveling can be exhausting, but there will be people at the show who are interested to meet you, and likely even some fans. While you shouldn’t be expected to mingle while you’re preparing to perform, you should be as friendly and patient as you know how to be.