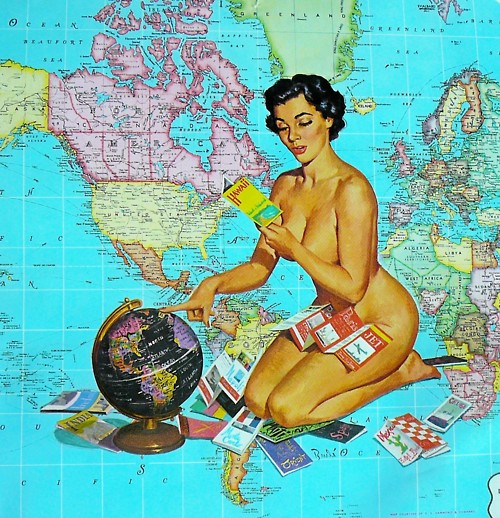 Part I in our Guide to touring got you on the road, so now that you’re there what should you expect?

First Scenario – The performer reached out to the producer.

–          Make sure you make it easy on the producer by giving him/her everything they will need in advance well before your trip:

More advance Preparations you *must* make ahead of time:

–          If you won’t have your own transportation, do a little research to figure out the public transportation or cab system in the area.

–          Have dietary restrictions?  Travel with lots of snacks that do meet your needs or map out restaurants/groceries close to your hotel that you can hit up on the way.

–          Make a list of what to pack and go over it several times, trying to plan for the unexpected.  You don’t want to have a curling iron or stocking emergency in an unfamiliar town under a time crunch.  Also, plan an extra casual outfit and dressy outfit so no matter where the after party shenanigans take you- you have the perfect outfit.  (No one likes to ride a mechanical bull in an evening gown.)

–          Make sure you have the producer’s phone number, email, and a secondary contact saved in your phone.

–          If you are using merch as a way to hopefully bring in some extra money during your tour, make sure everything is ordered in time to arrive long before you leave so you can make any last minute changes if something is wrong with your tees/glossies/stickers/etc.  Pack as much as you can to bring with you, or consider shipping them to the producer before the event if he/she is okay with that.

–          Additional Gigs.  Each producer feels differently about this, so make sure you clear everything with the original booker.  You are on the road to make friends, not enemies.   Once you get the all clear (and maybe even a list of places to start) from the producer, reach out to other shows and burlesque schools in the area to see if you can land a second show or workshop to help cover your travel costs.  Make sure you can get to and from all of your gigs using either public transportation or cabs.  It is unreasonable to expect a producer to bring you to someone else’s show by tech rehearsal.

Make yourself available, but gracious.

–          Plan some wiggle room in your plans to go to lunch before or go for drinks after the show with the producer or fellow performers, but don’t take it personally if no one is available to entertain you.  While you may have a day free of obligations, others may have day jobs, children, deadlines, so don’t be hurt if you aren’t invited out.

–          Follow up with the connections you made: performers, fans, producers, or otherwise telling them what a pleasure it was to meet them and how you can’t wait to see them again.  (Only if you mean it.)

Scenario Two – The producer reached out to you.

In addition to all of the above, with this scenario, it’s a little safer to assume you will be hosted, though you want to be a gracious guest, so how do you navigate?  The short answer, as Jo Weldon puts it, is *read your contract*!  If you aren’t given a contract by the producer, consider having your own performance contract.  If something is non-negotiable for you- make sure it’s in your contract!

–          It is very reasonable to expect the producer to either bring you to and from the airport themselves, or have someone assigned to that role so you will arrive safely at your hotel/host’s house.  It is also reasonable to think that transportation to and from the venue will be provided.  However, you should always know where you are staying in advance, as well as where you are performing, so in case of emergency you can catch a cab or public transportation.

–          It is reasonable to think you will be asked to join the producer or someone he/she has assigned to host for lunch, dinner, maybe shopping or sightseeing sometime during your stay as that is all part of being a good host, but please do not take it personally or be hurt if you are not asked.  While you’re experiencing a new city, the rest of the crew is experiencing their daily grind.

–          The tab question.  Generally whoever asks, pays, and in most situations it is the producer.  However, in situations where the entire cast is going out it’s understood it’s every man or woman for him/herself.  The safe bet?  If you can’t afford your meal- don’t order it.

–          I’ve seen producers offer “welcome packets” when they know they are going to be too busy to be a good host (mainly festival situations) that provides sightseeing, dining, and shopping recommendations, as well as phone numbers for cab companies and places that will deliver food to your location.  I always thought this was a great touch.

–          It is unreasonable to expect the producer to run you about town for items you forgot, places/people you “must see”, or anything else that tickles your fancy.  Have to see the Space Needle while you’re in town?  Make plans to get there on your own.