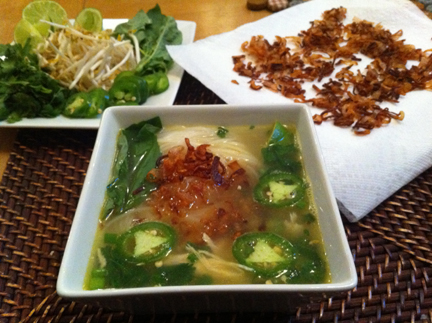 It all started with a Japanese novella by an author named Banana.  Well that’s not entirely true. One library shelf dedicated to what I consider to be the greatest form of pornography also had a lot to do with the recipe for this month.

But before I get ahead of myself, let me give you some back-story. I have utterly over-extended myself with my recent book club commitments — at one point having to read two novels in a one-week period. I had to read quickly while stopped at red lights on my way to work. I was forced to skim furiously while waiting for my barista to finish my latte. And I had no choice but to scan feverishly as I held a book in one hand and stirred my bolognese sauce with the other.

Every spare moment was spent reading because it was mere survival at this point — I just needed to get the gist of each book so I could avoid looking dumb or lazy in front of my fellow book club members. That is, until I read Banana Yoshimoto’s appropriately titled book, “Kitchen.”

Suddenly, my reading slowed, as I savored the complex flavors of Yoshimoto’s philosophy and words.  It is a book about love, loss, sexual identity, and self discovery. The act of cooking is revealed as the ultimate act of catharsis, and the food itself became a reflection of not only the ingredients but the current emotions of its maker. I came away from the book emotionally exhausted, but physically starving for great Asian food. That is why Banana started it all.

But what sealed the deal was the public library. For a small suburban Texas city, my library has the greatest cookbook collection I’ve seen. At least once a week I peruse their collection, getting more and more giddy the longer I’m there. So much creative potential right at my fingertips. I tried to explain my excitement to my husband. He didn’t get it. I had to put it like this, “It’s like walking into a library and finding an entire row dedicated to the greatest collection of pornography. All of its free, right at your fingertips”. He chastised me and told me that movie memorabilia or movie soundtracks would excite him more…but he got my drift. Cookbooks are my pornography.

So last week, on one of my pornographic trips to the library, I found a cookbook titled Vietnamese Home Cooking by Charles Phan (the chef-owner of The Slanted Door). Upon finding this amazing book and still hungry from reading “Kitchen”, my new goal for June was to learn how to cook outstanding Vietnamese food — starting with pho.  Phan’s chicken pho recipe looked amazing, although time-consuming. The recipe below cuts down on some of the time and complexity found in Phan’s original recipe. And the results were still amazing! Hope you enjoy!

(Adapted from recipe by Charles Phan in “Vietnamese Home Cooking”)

1 (16 oz) package dried rice vermicelli cooked according to package directions, drained and rinsed with cold water to stop the cooking. 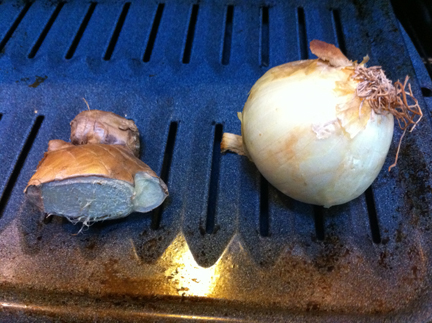 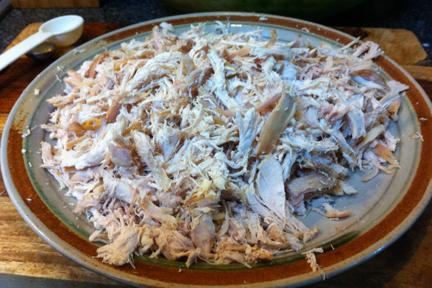 3. Take the onion and ginger out of the oven when cooking is complete. Cut the ginger into 1/4 inch coins.  Remove the skin of the onion and discard.  Cut the onion in half. 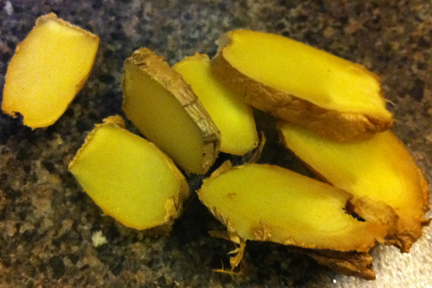 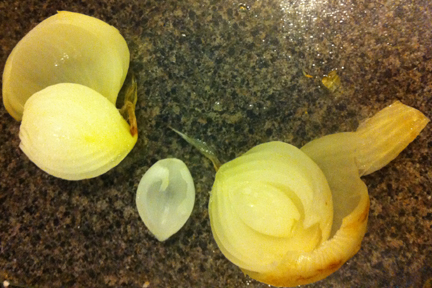 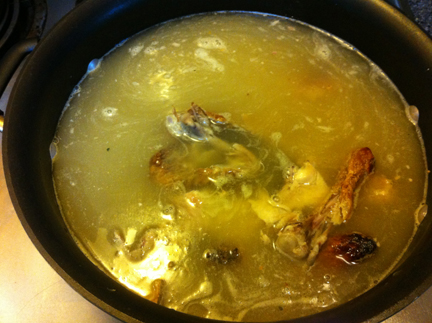 5. Cover the stock pot and bring to a boil. Turn down the heat until it remains at a gentle simmer. Simmer for at least 1 1/2 hours.

6. When the stock has finished simmering, take a slotted spoon or small sieve and fish out all of the large solids. 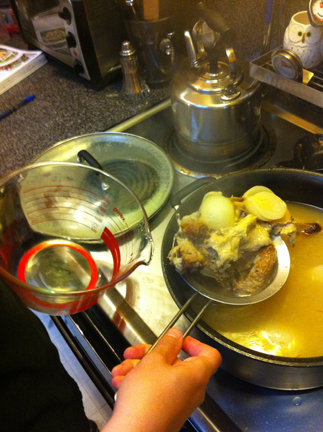 7. Allow the stock to sit for a few minutes and skim most of the fat from the surface. Season to taste with salt and fish sauce.

8. Assemble the garnish plate (excluding the sriracha sauce which is just served in the bottle).

9. Place some shredded chicken, cilantro, and scallions at the bottom of each bowl. Place some noodles on top. Spoon the stock into the bowl over top of the chicken, noodles, and herbs. Sprinkle with the fried shallots. Serve immediately accompanied with the platter of garnishes. If you like your soup spicy, put a little sriracha sauce in your own bowl and mix it in right before you take your first bite. 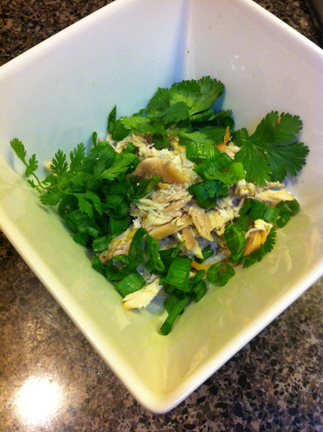 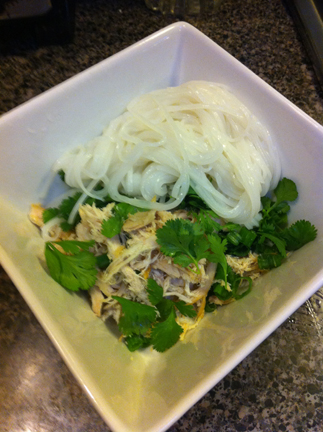 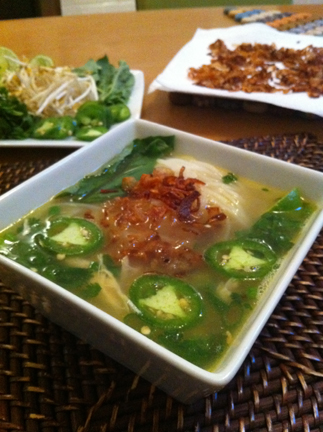 (You don’t want to skip this ingredient!!! It is so worth the little extra work!) 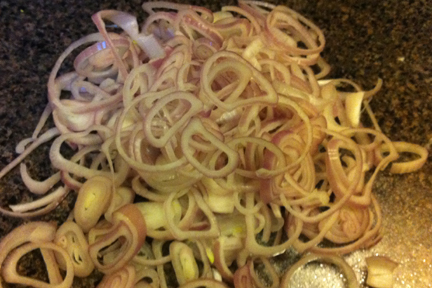 1. In a small saucepan, heat the oil over medium high heat. When you can drop a small piece of shallot into the oil and it starts to sizzle immediately, you know your oil is ready.

2. Put shallots into the oil. Cook, stirring occasionally for 8 minutes. 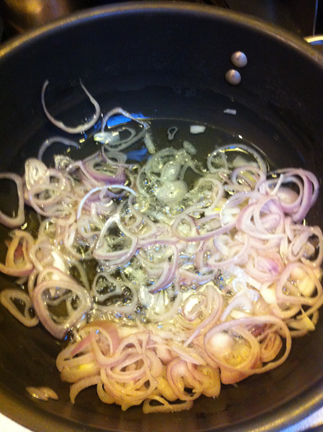 3. Using a slotted spoon, transfer the shallots to a paper towel-lined plate to drain. Some of the shallot pieces may still be in the oil. 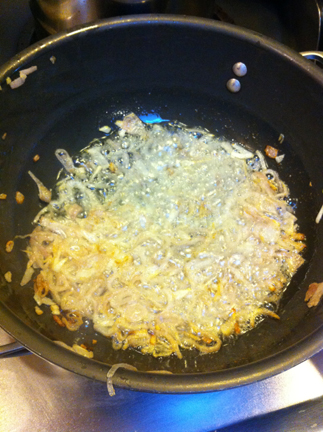 4. Increase the heat to high. When you see the remaining shallot pieces turn darker brown in the oil, return all of the shallots back to the oil. Cook until well-browned (but not burned). This won’t take long, so be careful.

5. Immediately pour the oil and shallots through a sieve to stop the cooking, then transfer the shallots to a paper towel-lined plate. The shallots should come out crisp and surprisingly sweet. Feel free to save the now shallot-infused oil for future cooking. 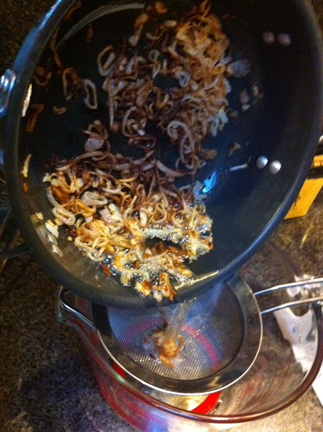 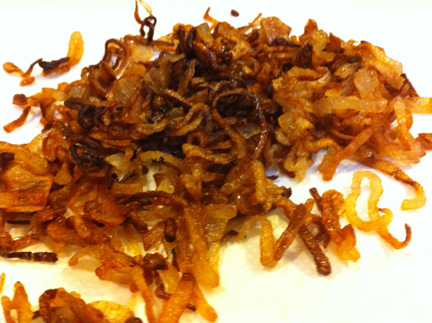 No Comments
Our company provides a wide...