Beauty is Pain  ~ Or ~ Here’s Arsenic in Your Eye! 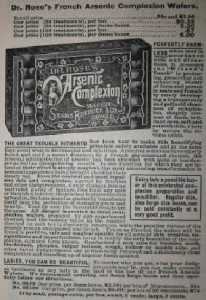 Just kidding, no one put arsenic in their eyes.  They drank it.  For that beautiful glowing skin, almost translucent (like a ghost!), and sparkling eyes!  Never mind the vomiting and hair loss, just take your beauty medicine daily and don’t forget to take a little break in your regime to allow for a ‘toxic balance’ and the repletion of red blood cells.  No prescription needed, simply order your arsenic complexion wafers today through the Sears Roebuck Catalogue (today being circa turn of the last century, but as late as the 1920s).  At $6 per dozen, it’s recommended that you go ahead and purchase one dozen large boxes to ensure the following claims by leading wafer manufacturer, Dr. MacKenzie: “Even the coarsest and most repulsive skin and complexion, marred by freckles and other disfigurements, slowly changes into an unrivaled purity of texture, free from any spot or blemish whatever; the pinched features become agreeable, the form angular gradually transforms itself into the perfection of womanly grace and beauty.  Used by men the favorable results are the same.” 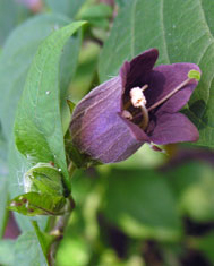 What some women did actually put in their eyes was the extract of a lovely little flower called Belladonna, or Deadly Nightshade.  Italian Renaissance women were known to dilute the substance and use it to dilate their pupils for a lusty ‘bedroom eyes’ look.  While Belladonna is still in use today as a sleep aid and muscle relaxant, I don’t think you’ll find anyone dropping it in their eyes.  Side effects include blindness and excruciating death.

Ancient Egyptians used a slew of toxic beauty products on their eyes, including eye makeup composed of appealing things like copper, lead, and soot.  Dr. Joel Schlessinger reported to MSNBC that, “The ocular skin is most likely to absorb materials due to its thin, nearly transparent qualities…The exposure would eventually lead to irritability, insomnia, and mental decrease.”  Egyptian women were also known to use bromide to enhance their lips, although the risk was skin eruptions and madness.

Ancient Grecians, Romans, and later the British, thought lead paint such a good beauty product that they covered their entire faces in it, for a fashionable pallor.  Using paints and peels made of lead and mercury, the fashion conscious would attempt to not only cover up, but remove skin blemishes and freckles, and hopefully nothing more important with them.  Other dangers included infertility, insanity, and predictably, death.  For centuries quack doctors have been selling lotions, potions, and paints to lighten the complexion, often leading to the customer’s demise.  The moral of this story: we’re meant to have a variety of skin tones!  Lead poisoning and skin cancer are not awesome, and like my mom told me, freckles are just angel kisses (and let me tell you, I must have been popular with the angels as a child).

For a thoroughly amusing account of Georgian era Make-Up atrocities, see  one of my favorite Horrible Histories videos, the Georgian Make-Up Song. 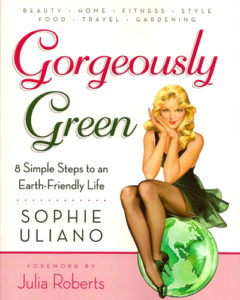 Luckily, the Food, Drug, and Cosmetic Act was passed in 1938 and limited the peddling of a multitude of toxic substances.  Not to say there aren’t still harmful cosmetics out there, and plenty that are harmful to Mother Earth.  A report in 2007 brought red lipsticks from multiple manufacturers under scrutiny for lead content, and Stacy Malkan, author of  Not Just a Pretty Face: The Ugly Side of the Beauty Industry and co-founder of Campaign for Safe Cosmetics told MSNBC that some mascaras still use mercury as a preservative.  Furthermore, Malkan stated, “We’re also being exposed to chemicals like phthalates many times a day through personal care products like shampoos, face creams, fragrances…”  An excellent resource for information about face friendly, and earth friendly cosmetics (and more) is Sophie Uliano’s Gorgeously Green: 8 Simple Steps to an Earth-Friendly Life.  The accompanying website, www.gorgeouslygreen.com, also offers a wealth of knowledge about safe, and unsafe, beauty products.

So, the good news is we’re no longer breaking all the bones in our feet as children to re-form them into 3 inch stumps and we’re not corset training so intensely that we remove our lower ribs (cosmetic surgery in Victorian times – what were they thinking!?) and squeezing our guts out of our lady bits, nor are we force feeding ourselves Turkish Delight like a foie gras duck to keep us curvy and waxy-skinned like harem girls.  Unfortunately, though, the ideal body image pendulum has swung the other way and some super model types have been known to purposefully ingest tapeworms (you don’t want to know how those have to come out) to stay thin.  And ladies, although our g-strings look great onstage, I shudder to even think of the health risks caused by daily wear, and don’t think it proper to report them here.

Some beauty tidbits about the legendary ladies we love:

Marilyn Monroe was known to cut down one of her high heels a half inch to put an extra wiggle in her walk.

Movie executives pushed Rita Hayworth to have her hairline moved back a full inch with electrolysis because they didn’t think she was pretty enough.

Supposedly, Marlene Dietrich and Lucille Ball would twist their hair up tightly and bobby pin it under their wig to get a natural, although uncomfortable, facelift (known as the Croydon facelift).  Supposedly, Dietrich also wore a small gold chain under her chin, pulled back into her hair to sharpen her jaw line as she aged.

Jean Harlow’s mother (a very overbearing type) demanded that Harlow ice her nipples before shooting scenes in satin gowns with no undergarments.

Carol Doda, a topless dancer who popularized bottoms-only bikinis in the sixties, was one of the first well-known performers to surgically enhance her bosom – by 10 full inches, through silicone injections.