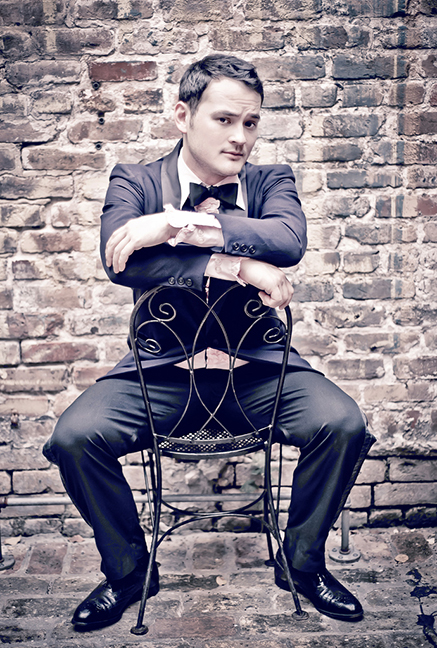 In light of recent events, I figured now would be a good time to address the burlesque community regarding the difference between being “inspired by” an act and “imitating” it. This is admittedly a tricky and complicated subject but it’s important, especially for newer performers, to differentiate the two and navigate the muddy waters surrounding it.

Inspiration vs. Imitation
“It is better to fail in originality than to succeed in imitation.”  – Herman Melville

Before all else, it’s important to know the distinction between a ‘general concept’ and a ‘unique concept’. Because of the sheer number of performers in our community across the globe, common ideas and repeating concepts are unavoidable. It’s going to happen. A ‘general concept’ might include a certain prop, a recognizable pop-culture character/reference, or song choice. There will always be hundreds of chair dances, superhero acts, and ‘Bumps & Grinds’ routines. A ‘unique concept’, however, is the very specific way in which those acts are presented and the particularly innovative contribution an artist brings to that act. 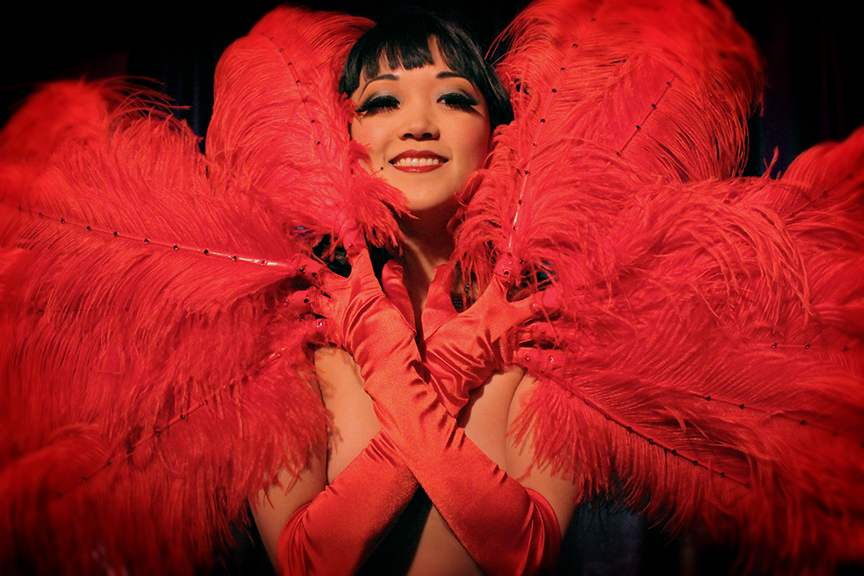 As an example, feather fans have become a widely used prop and a general concept that rests at the base of many burlesque acts. However, attaching those feathers to each individual finger ala Midnite Martini’s finger fan act is a unique concept – an original gimmick. Likewise, balloons are frequently used for many successful balloon pop acts. However, Michelle L’amour’s helium balloon act, during which her costume floats to the ceiling, is a signature invention.

It’s perfectly acceptable for there to be, say, two Superman acts, but it’s not enough to simply change the music and choreography if a performer is imitating a particularly unique gimmick in one of those. IE It’s fine for Britney to sing a song about genies, but If she copied the lyrics to “Genie in a Bottle” changing only the tune and dance, would Christina be mad?

Artistic Development
“If you want something new, you have to stop doing something old”. – Peter F. Drucker

For performers, both new and established, the need for personal artistic development is imperative. It’s just as important to push yourself and your art as it is to experience success and failure. In such an increasingly saturated art form, stagnation should be your biggest fear. If a performer is utilizing another’s already established gimmick, the mentality of, “I just need to do it better” disregards a sense of growth as an artist or a push for innovation. It’s like taking a Monet and saying, “I’ll just paint it more clearly.” The mentality of ‘besting’, points to the creation of art for the sake of ego and competition. What does that do for you as an artist? How are you contributing to an art form that prides itself on individualism and forward thinking?

“Ignore the critics… Only mediocrity is safe from ridicule. Dare to be different!” – Dita Von Teese 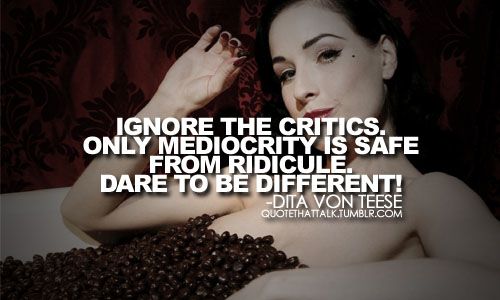 Burlesque is a rare art form in that there is no standard of formal education. Unlike music, visual arts, theater, dance, etc., you can’t study it in school or earn a degree. At times ‘burlesque’, in and of itself, is even hard to define. This means we are left with the active community to provide a standard of etiquette and excellence. We can’t be afraid to do our research, ask for help, and have constructive, though sometimes difficult, conversations. In the meantime, as you’re creating, ask yourself a few of these questions:

Have I done my research?
Are my concepts and gimmicks honest and innovative?
How are my ideas unique and what am I bringing to the table that is original?
What do I hope to gain by creating this act? What do I want the audience to gain?

Good luck, happy stripping, and remember to help each other out!